They look a bit like Bambi, only fluffier and cuter, and they were revered by the Incas for their soft, golden fleece. But today, only a privileged few have heard of the vicuña.

These small, sweet natured cousins of the alpaca live in the Andean plateaus of South America, where they produce a fleece so soft and fine, only Inca royalty could wear it. Over 500 years ago, nearly three million vicuña roamed the rocky terrains of the Andes — until the arrival of those evil Spanish conquistadors, who needlessly slaughtered these little animals to obtain what they called “the silk of the new world.” This is a pretty good illustration of how nasty the conquistadors were – you don’t actually need to kill or even hurt the vicuña to get its fleece; a nice brushing will do! And indeed, when speaking of the ethics of vicuña, it should be noted that normally, the animals are worth more alive than dead, so fur is only sold when the animal has died naturally.

Even softer than cashmere, vicuña remained a popular luxury fabric for several hundred years, but by the 1960’s, vicuña were down to fewer than 5,000 roaming the Andes. The government of Peru made several conservation efforts to save the animals, but many still hunted them for food and fur. Nature reserves were established for their preservation, and slowly vicuña became less available to luxury consumers. Their numbers could have grown naturally in such protected circumstances, but one Italian family saw money in breeding the beasts. 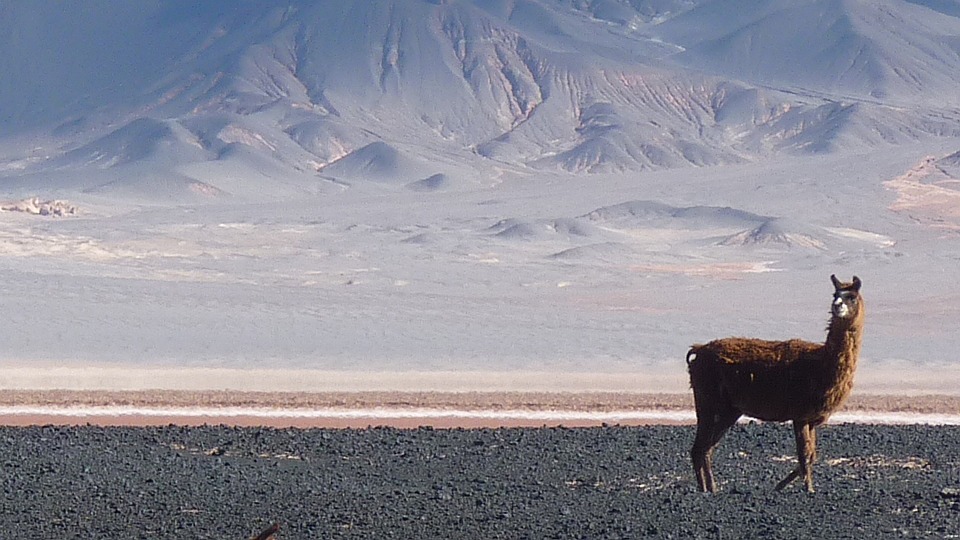 Sergio and Pier Luigi Loro Piana, the co-owners of Loro Piana, one of the world’s largest producers of cashmere, became the biggest suppliers of vicuña, too. The Loro Piana family began investing in nature reserves and preservation initiatives, but not out of concern for the animals; rather, they wanted restrictions removed on the commercial use of the vicuña. Eventually, their efforts paid off: the Peruvian government relaxed its restrictions and chose LVMH-owned Loro Piana as its exclusive partner in the procurement, processing and export of sheared vicuña in the form of textiles and garments.

Loro Piana now has control over most of the world’s vicuña fibre market. It owns the 2,000-hectare Dr. Franco Loro Piana Reserva in Peru in and purchased a majority share in an Argentinian firm in 2013, which allows them to capture and shear wild vicuña in that country. Until three years ago, the company was a supplier of vicuña yarn to other designers and brands, but they recently put an end to that practice so that they could fully dominate the market. However, other brands, including Ermenegildo Zegna, Kering-owned Brioni and Savile Row’s Holland & Sherry source the fibres for themselves independently from Bolivia, Peru, Argentina and Chile.

Today, per kilo, vicuña costs between $399 to $600, compared to $75 to $85 for cashmere and $5 or $6 for wool – for this reason, it’s regarded as the most refined and luxurious of all fibres, and because it’s so expensive, it’s often blended with other threads. To find an item that’s 100% vicuña is very rare and lush indeed.

One Loro Piana vicuña sweater costs a whopping $4,495, compared $995 for a cashmere V-neck. You can imagine how much coats and capes cost (upwards to $150,000 if you’re asking). The insanely high price doesn’t even put off luxury shoppers – in fact, it makes demand even higher, by some accounts, as discerning fashionistas recognise that it’s one of the finest textiles on earth.

But do those extraordinary prices trickle down to those who deserve a share the most – that is, the Peruvian breeders?

The Loro Piana owners claim they’ve kept the animals alive by convincing breeders that maintaining them is worth the effort. They also state that breeding vicuña helps conserve land, as 10 hectares are needed for each animal.

But according to the Business of Fashion, Meg Lukens Noonan, author of “The Coat Route: On the Trail of the $50,000 Coat,” began her research into vicuña seven years ago and has witnessed first-hand the traditional “chakku” shearing process, which is inspired by Inca tradition. She recognises Loro Piana’s role in boosting vicuña populations in the wild, but is dubious about the ethics of the trade agreements they have in place with local villagers. “(The) villagers have not made a lot of money from this, especially when you look at the disparity (between what they earn and) what the finished products are worth,” she said.

Noonan concludes that while she believes Loro Piana has helped keep the vicuña alive, she is less sure that they have had a positive influence on the local populations. It’s a point that Mr Loro Piana seems aware of: “We need a young generation to take care of the vicuña,” he said to BoF. “But they need to have the same standard of living as those young people in town otherwise they’ll just leave the Andes.”

We hope that vicuña breeding doesn’t become the new ‘sweatshop;’ that is, a job the most disenfranchised accept for a few dollars a day whilst the clothing manufacturers they work for get incredibly rich from their labour. But sadly, it seems that may already be the case.