“A marketing friend told me I should change the story behind the name Monkey, make it more romantic,” says Jose Aguilar, with a gentle smirk and a shrug of the shoulders.

Commented with the laid back attitude of someone who values serving top-notch coffee over marketing schemes, Jose doesn’t reveal any sense of urgency for elaborating a catchy narrative— and that’s precisely why we are devoted clients of his cozy cafe, Monkey Coffee. 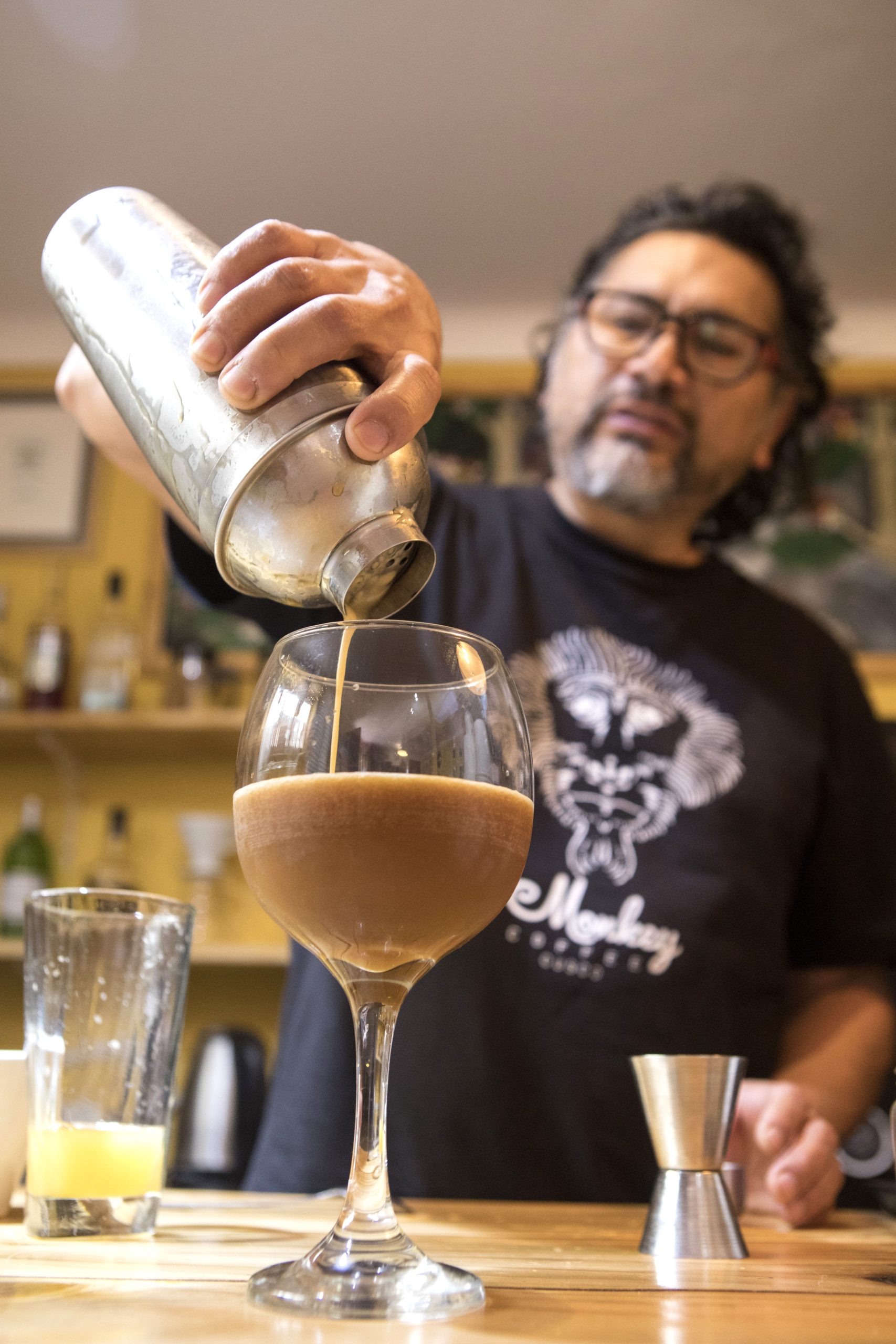 Jose’s expertise and passion for coffee are expressed in a pure and simple matter that, apparently, is the ideal environment for sharing stories— at least for the clients.

Depending on the hour of the day that you step inside the shoebox-size coffee shop, the clientele that gathers may include digital nomads seeking solid wi-fi and an inspiring playlist; friends and families with a craving for a fresh and dependable lunch, such as makis or wraps; night owls, some of whom prefer a cheeky caffeine-fueled nightcap, or the weekend brunch crowd.

The minimal decoration includes a small corner of apparel from his friend’s brand, China Saqra, and framed photographs of quotidian scenes of rural areas of Peru. The captivating images were taken, in fact, by none other than the man behind the coffee bar, Jose.

So, which came first, the photographer or the barista? Jose’s personal story is one of much travel and self-discovery that even a Marketing professional can appreciate.

A native of Peru’s capital, Jose moved to Pamplona in northern Spain in 2006 to help a friend who was opening a Peruvian restaurant. Alongside international experience, Jose gained the palate for specialty coffee, immersed in the caffeine culture of Europe. After six years of living and working in Spain, it was time for him to return to his family in Peru where he would begin not one but two careers.

Upon returning to Lima, Jose enrolled in the city’s Le Cordon Bleu Culinary School, specifically the program Expert Barista; simultaneously, he joined the photography program at the Escuela Nacional de Artes Gráficas. By 2014, after a few years of incredible focus and compartmentalization, he proudly attained degrees from both programs.

It was around this time that Jose bought his first espresso machine. Set up in his mother’s home in the old-school Lima neighborhood Pueblo Libre, Jose soon got his family hooked on quality coffee. In fact, it was his mom who urged him to set up his own cafe. Having traveled to the Cusco region numerous times, Jose originally had his eyes set on Ollantaytambo. Ultimately, however, it was his budget that would decide where to set up shop. 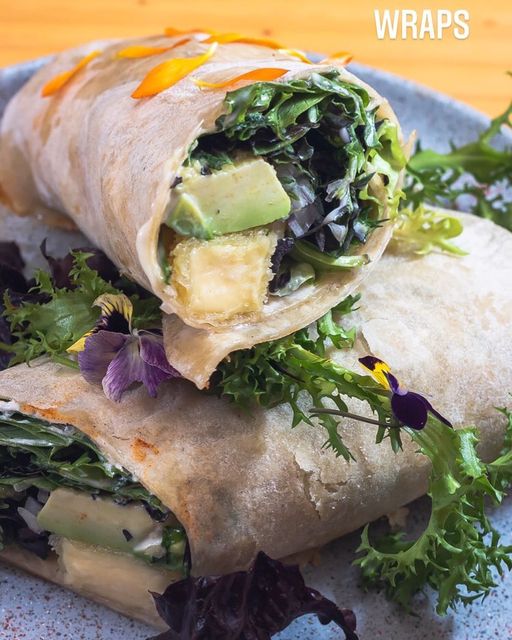 And so, the flagship Monkey Coffee was set up near the sunny beaches of Mancora in northern Peru. With a tiki-style appropriate for its coastal location, the ambiance of the original cafe was world’s away from the Monkey Coffee we now know and love. And yet, it is in the beginning stages of becoming an entrepreneur when Jose honed a menu based on authentic and homemade worldly flavors. (To this day Jose is driven to make his own chai tea blend, bake his own desserts, focaccia bread and more.)

A few years later, more established and confident as a business owner, Jose headed south to Cusco’s trendy San Blas neighborhood. Four years later, however, in the wake of the pandemic, he craved another migration. Having visited the Sacred Valley numerous times during his years living in Cusco, Jose was familiar with the tranquility and fresh air offered by Urubamba and was ready to make the move.

A new space in Urubamba 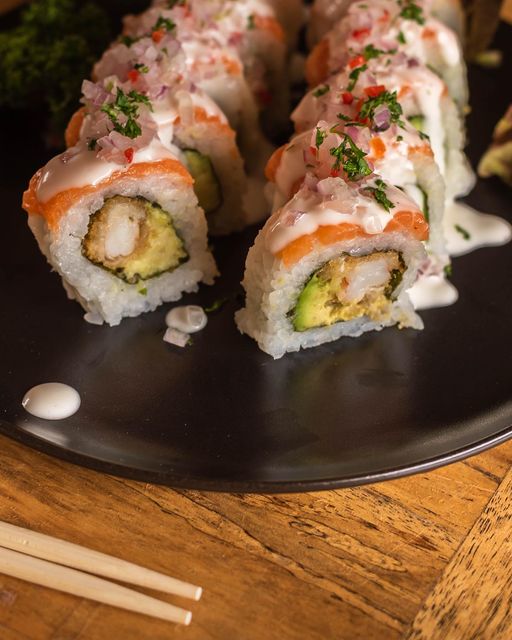 On May 28, 2021, the Urubamba locale of Monkey Coffee was inaugurated, satisfying the need for a true specialty coffee shop. Since post-Covid, Urubamba has been a refuge for thousands of city-dwellers who have permanently moved here. Perhaps as a result, the cafe has now been extended to include a hip working hub.

Jose continues experimenting with coffee, from kombucha to infused chocolate sauces. Clients are also encouraged to experiment with their own coffee palate through the various methods offered at Monkey Coffee.

“The same coffee can taste different depending on the method you choose: Chemex has a light intensity, a French Press results in a stronger and more intense flavor, and the V60 is in between the two,” notes Jose, who drinks up to eight coffees in a day.

Open six days a week, Monkey Coffee Urubamba eats up most of Jose’s time, but he hasn’t left behind his other passion, photography. One of his favorite nearby places to snap photos is Maras. Well known for its salt mines, Jose notes the town has some of the best light in all of the valley. “It’s much higher in altitude than Urubamba [about 400 meters higher], and the light in the evening lasts longer and creates a special golden glow over the quiet town.”

Until you visit Maras during sunset for yourself, head to Monkey Coffee— half a block from the Urubamba market— for your first cup of morning joe and you will surely experience a similar golden glow upon the first sip.